Donald Trump Vs Joe Biden : Who is Better to Lead The United States of America?

On this year United states of America will be really busy because they will held an election to choose the US President for 2021-2024 period. Donald trump the incumbent president still can participate to fight over the President’s chair. The other candidate is joe bidden the former of vice president of Barrack Obama. always interesting to watch the US election because it will give big impact to almost all country in the world because we know that America is one of the power full country so far, and the US policy always give big impact to economic situation from other country.

On this year it seems really hard to Donald Trump to maintain his position because the current US situation where Trump can not control or decrease the impact from corona pandemic, and trump always make the controversial policy.Based on the lastest opinion poll trum lose to joe bidden and trump try to postpone the president election with corona pandemic reason but it can not accept by mostly of the people of US and the presidential election will still held as the US Planned.

And there was a consphiracy theory that if trump lose the vaccine of corona will be found and if trump win, the pandemic will still there, because there was an opnion if the global pharmaceutical group did not want trump win again, and they make this pandemic situation to beat trump on the president election.

On the last election trump win because his campaign and his catchword to make America great again hypnotize the most of US people who want to make their country back to the glory period and no one brave to against US, and the result trump win the election but I think there was not a big change when trump lead as president, and China still brave to against US.

I think on this election trump will lose to joe bidden because as long as trump became the president most of his policy make the global situation sometimes not stable and it is not good for economic world.

Joe bidden already ever been the vice president of barrack obama so i think the style of joe bidden lead as the US president will almost same with obama style, and proven that obama can make the world more stable when he lead the US.

So lets wait untill the result of US election finish and hope that whoever elected as the US president can make good impact and better situation to all arround the world.

7 comments for "Donald Trump Vs Joe Biden : Who is Better to Lead The United States of America?" 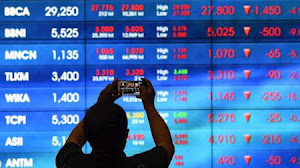 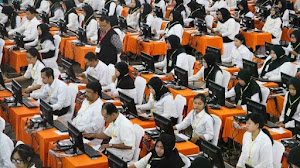